Everything You Need to Know about Caliban in Warframe

One of the newest additions to Warframe is Caliban, the survivor, the adaptor. From the wreckage of the Old War, Caliban is a combination of half Warframe, and Sentient fused into one being. After completing Digital Extreme’s most over-the-top and most extensive quest yet, The New War, you can obtain your Caliban warframe. If you have not completed the New War yet, be warned that the details involved in getting Caliban may count as spoilers for that quest.

Where to Farm Caliban

Once you complete The New War, Cetus and Fortuna have gone through changes from the result of the war. Narmer bounties are added to Cetus and Fortuna, allowing you to farm for new mods, weapons, Narmer Isoplast and Caliban. The Caliban’s blueprint is purchasable on the market, while their parts drop from Cetus during the day, or Fortuna when it’s the night on Cetus.

Each part of Caliban requires Narmer Isoplast, which is also farmable from the same bounties on Cetus and Fortuna. Narmer Isoplast can also be given to the Quills or Vox Solaris for Standing. The hardest part about building Caliban or any of their weapons is obtaining Anomaly Shards. These Shards only drop from completing a Murex Ship in the Veil Proxima on Railjack missions. Anomaly Shards can also be given to Little Duck for a few items if you have extra in your inventory.

This Amalgamated Warframe’s abilities are inspired by a handful of enemies we have gotten acquainted with fighting over the past few years. Caliban’s passive is like that of the Adaptation mod. Caliban and allies within his Affinity Range gain Adaptive Armor, building up to 50% damage reduction. However, his passive isn’t as strong as Adaptation which gives 90% resistance. Taking Adaptation on a Caliban warframe will override his passive once the mod reaches past 50%, thus making it better to take Rolling Guard instead.

Razor Gyre is Caliban’s first ability, taking inspiration from the Sentient’s iconic swirling death spin. This ability turns Caliban into a spinning vortex, gaining Knockdown and stagger immunity while dealing continuous Slash damage. While spinning, you can also launch yourself at an enemy dealing additional damage while knocking them away. This is hands down the weakest ability in Caliban’s kit overall.

Razor Gyre does not scale well, leaves you open to damage with no tradeoff, and knocking an enemy away defeats the purpose of wanting to spin next to them. If you plan to use the Helminth, I suggest removing this ability for something more fitting. Harrow’s Condemn or Sevagoth’s Gloom fit better in place of Razor Gyre.

His second ability is Sentient Wrath, which sends out shockwaves that seek out targets to lift them into the air, applying Damage Vulnerability. This ability is powerful for crowd control while making targets more vulnerable to damage. With high ability strength, this Damage Vulnerability can be increased to over 80%, making Steel Path a breeze. Sentient Wrath also tracks enemies through structures and its Caliban’s Helminth ability, which is a great choice to put on other Warframes.

The third ability in Caliban’s arsenal is Lethal Progeny, which summons up to three Sentients that attack enemies and restore his shields. Each Sentient will follow Caliban if you move too far away while restoring a flat amount of shields per second. His Sentients aren’t great. Their max level scaling is around 60, giving them minimal damage output. However, they help draw aggro and restore shields. Lethal progeny is the second-worst ability in Caliban’s kit, but they are still good for distracting targets.

Caliban’s fourth and best ability is Fusion Strike. Three converging beams cause a blast in an area that strips armor and shields from all enemies within the radius after the explosion. The space left behind after Fusion Strike continues to strip defenses from previously hit or any new enemy that enters the zone. Stacking ability power on Caliban will make it possible to strip up to 90% of all enemy’s shields and armor. Stacking this with the knock-up from Sentient Wrath makes Caliban one of the best defense shredders in the game.

How to Build Your Caliban Warframe

Ability strength, range, and a little duration are a must on Caliban. Strength affects his Sentient Wrath and Fusion Strike, making him a monster in more challenging content like Steel Path. Rolling Guard is a good offset defensive because of his passive already having a smaller Adaptation built-in. Transient Fortitude, Growing Power, and Umbral Intensify will help push his Ability strength easily past 180%. Primed Flow, Primed Continuity, and Stretch will round out his other stats.

Most importantly, I recommend taking Natural Talent because Sentient Wrath and Fusion Strike’s animations are long. Especially Fusion Strikes animation locks you in place while the beams collide; speeding this up can save your life. For Arcanes, I suggest using Arcane Energize for the extra energy, Eruption for extra Knockdown, or Guardian to make up for Caliban’s lack of tank stats.

Pros of Playing Caliban in Warframe

Caliban is an excellent defense shredder and continuously gets better with more challenging missions and content. Possibly one of the better frames for farming or clearing Steel Path with just his kit alone. Caliban can easily control a room, making them shine every brighter when put into Survival, Defense, or Mobile Defense.

Caliban’s abilities are mainly for setup and don’t offer a lot of damage. Often without a weapon set up to match the difficulty, Caliban can’t clear rooms quickly. Using a Helminth does help fix a few weak spots in Caliban’s kit, but most of your gameplay will be spamming Sentient Wrath and Fusion Strike. Sadly, even with Caliban receiving a lesser Adaptation in his passive with Sentients that restore his shield, he isn’t tanky. Rolling Guard helps with this, but you can be killed while casting your two primary abilities without taking Natural Talent.

Caliban is a unique and fun Warframe that shreds foes like no other but falls short when retaining the feel of being half Sentient. At the current time, he needs adjustments to his kit, and hopefully, Caliban’s gameplay fantasy can be better realized in the future. Caliban still makes a good pick for solving many late-game problems that make it very fun to play him once mastered.

Jake Butala is a freelance writer who loves all types of video games, spending his time writing about different worlds and about video games just as much as he plays them. 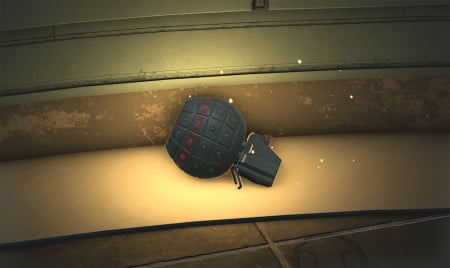 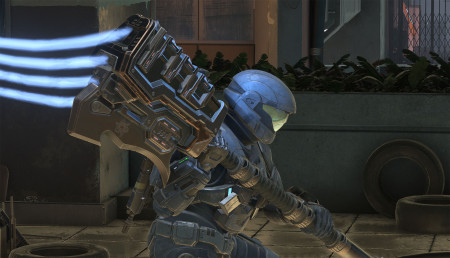 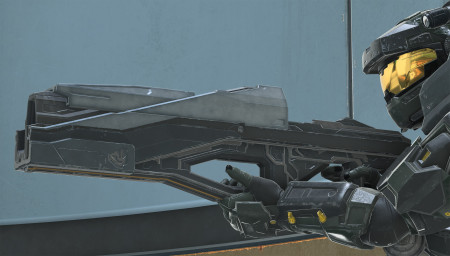 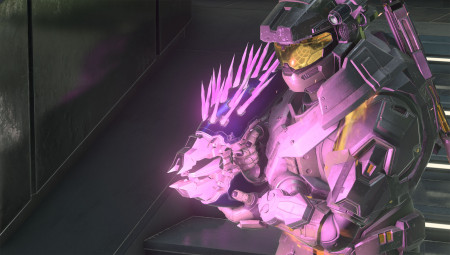 The Best Ready or Not Graphics Settings